Maybe you’ve been searching the Internet for other routes to weight loss besides the tried-and-true methods—diet and exercise. Hypnosis, massage, acupuncture are all touted alternative therapies. What about tapping for weight loss? Does it really work? Read on to find out my take.

Often also referred to as the Emotional Freedom Technique, tapping is an alternative therapy similar to acupuncture, but without the use of needles. Unlike acupuncture, tapping is a form of “self-help” that you can do on your own without any special tools or treatments.

Developed by Gary Craig, a Certified Master Practitioner of Neuro Linguistic Programming, in the 1990s, tapping involves using the fingertips to tap on acupressure meridians to release energy blockages. At the same time, you focus on a negative emotion—a sadness, fear, or anxiety—while tapping several times on nine meridian points on the body.

While doing this, you concentrate both on the negative emotion and on accepting the negative emotion. For example, if you have a fear of clumsiness, perhaps because you were criticized as a child, you can tap to release that fear. You start by acknowledging that you have this fear, and as you tap you affirm that you accept yourself anyway, or that you will try to accept yourself.

This treatment method came from the idea that negative emotions are a result of blockages in the body’s energy system, which doesn’t allow energy to flow freely throughout the body. This is very similar to the qi, or chi, of acupuncture and traditional Chinese medicine, which has been practiced for thousands of years. So, although Craig developed the practice of tapping, the foundational methods are nothing new.

In addition to psychological states of mental and emotional trauma, tapping may also help alleviate and improve physical conditions, such as pain.

Read more: Why You Need to Eat More Fiber to Lose Weight

Acupuncture has now been widely studied, and its benefits have been scientifically documented. Researchers are beginning to look at tapping’s potential, and the results so far look promising.

A 2020 study directly replicated a 2012 study examining the effects of tapping, or EFT, on stress biochemistry. Fifty-three participants were randomly divided into three groups. One group underwent 60 minutes of tapping therapy, another group received 60 minutes of psychoeducation, and the third group received no treatment. The findings of the replicated study confirmed earlier findings that tapping was able to reduce psychological stress, anxiety, and depression symptoms, as well as cortisol (stress hormone) levels in the body significantly more than the no-treatment group and just as well as or better than the psychoeducation group.

A 2009 study examined the effects of tapping on test anxiety in 312 high school students. The students were evaluated using the Test Anxiety Inventory (TAI). The  70 students who tested positive for high levels of test anxiety were randomly divided into a control group and an experimental group. The control group received instruction on progressive muscular relaxation and the experimental group was instructed on tapping. Both groups practiced self-treatment at home after this single treatment session.

The subjects were tested again two months later on the 32 students out of 70 who had completed all study requirements. Both groups’ scores revealed statistically significant decreases in test anxiety, but the tapping group showed a significantly greater decrease than the control group.

In another study conducted in 2013, researches investigated the effects of tapping on a group of war veterans with post-traumatic stress disorder (PTSD). Participants were randomized to a control group to a standard care protocol or to an EFT (tapping) group consisting of 6-hour-long EFT coaching sessions. They also received standard care in addition to the coaching.

Therefore, my coaching involves a three-prong approach in the following order: seek treatment for any underlying health conditions, unearth the psychological factors that may be contributing to overweight and problems with losing weight, and create long-term healthy lifestyle habits.

Two of the main areas that tapping for weight loss may work, according to Bond University, are food cravings and emotional eating. Actually, these two go hand-in-hand. When you’re feeling sad, stressed, or anxious do you notice that you crave unhealthy foods and lack the mental fortitude to resist those cravings and make healthy choices?

What if you could find better ways to deal with or even heal those emotions so that you could avoid those cravings and subsequent over eating, or at least have better ways to deal with them when they arise? For example, if you notice that you become stressed out after talking to a specific family member and find yourself reaching for potato chips, what if, instead, you healed the trauma surrounding that family member so that those feelings didn’t arise in the first place or were not so strong.

That’s where tapping for weight loss could potentially really be effective. If, say, your sister has always been very critical of you, and you find that talking to her brings on a lot of anxiety which sends you straight to the McDonald’s drive through after an encounter with her, you might use tapping to acknowledge the anxiety and then learn to accept it.

Tapping on the nine meridian points, you might say “I get stressed and anxious when I speak to my sister because her criticism of me makes me feel bad about myself.” As you continue to tap, you could say, “I understand that my sister’s criticism of me is not a true reflection of myself, and I can learn to accept it and not allow it to affect me.”

After that, I’d of course coach you to immediately use mindfulness techniques and practice one of the healthy habits you’ve created, such as going for a brisk walk, listening to your favorite music, or drinking a big glass of water.

Read more: Should You Skip Dinner to Lose Weight?

How To Get Started With Tapping for Weight Loss

Now that you understand what it is and its potential benefits, you can decide if you want to put it into action. Like meditation, it’s free, and it’s not hard to learn how to do it.

The first step is to learn the nine meridian points:

To do the actual tapping, you can use however many fingers you like as long as you use the middle finger. Two or three fingers usually work best.

You don’t need to tap hard. Just use a gentle pressure. This should feel good, not painful.

Before you begin tapping, identify the problem and name it. Take some time to really think about what comes up emotionally for you. Then, rate its intensity, and form your statement. For example, “I am feeling anxious about my financial situation—intensity level 7.”

Begin at the first point, called the set up point, tapping five to seven times while focusing on your negative feeling. State the feeling and then state your acceptance, e.g., “Even though I am feeling anxious about my finances, I completely accept myself.”

Continue moving to each following point, tapping five to seven times and repeating your anxiety: “I am anxious about my financial situation…”

When you get to the end, check in and see if the intensity has diminished a little bit. Refocus and repeat your opening statement, slightly rephrasing it to match the intensity level of your feeling: “Even though I am still feeling a bit anxious about my finances, I completely accept myself.” Then, move through each of the tapping points as you did above.

Now, this is just the basics. There’s a lot more to tapping than I’ve discussed here, although this is a good start. Continue your education and practice by checking out some of the following resources:

Alternative therapies may help alleviate some of the issues that get in the way of a mentally and physically healthy lifestyle conducive to weight loss. However, they are not magic and you must continue to do the hard work of being disciplined and consistent with your diet and exercise regimen.

Eating a healthy diet rich in nutrients, exercising regularly, and getting enough sleep have been proven many times over to be the best way to promote good physical and mental health, as well as weight loss. Any other therapy, be it talk therapy, acupuncture, tapping, etc. is only an adjunct to your healthy lifestyle.

Also keep in mind that all of these things—healthy lifestyle and alternative therapies—take time to work. Don’t expect overnight miracles. If you decide to give tapping for weight loss a try, practice it consistently for at least 30 days before you make a judgement about whether or not it works for you. Then come back here and tell me your experience in the comments!

Like this article? Share it on social and help your friends and family live a healthier lifestyle. Also, we send out content just like this in our monthly newsletter, so drop your email in the box at the bottom of the page! 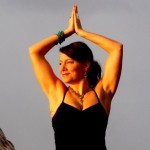 Jody Braverman is a certified nutrition, fitness, and weight loss expert who has been working in the health & fitness industry for over two decades.

I've been working in the health & fitness field for over two decades as a personal trainer, yoga teacher, fitness nutrition specialist, lifestyle coach and health & fitness journalist. My passion is living a healthy lifestyle and helping others do the same!

I've been working in the health & fitness field for over two decades as a personal trainer, yoga teacher, fitness nutrition specialist, lifestyle coach and health & fitness journalist. My passion is living a healthy lifestyle and helping others do the same!